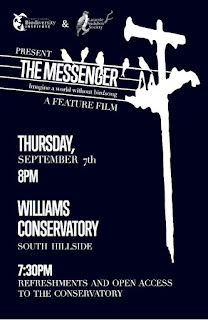 Kick off the fall with the Laramie Audubon Society and University of Wyoming Biodiversity Institute on Thursday, September 7th with an outdoor screening of the critically acclaimed documentary, The Messenger!

With breathtaking visuals, The Messenger is an ode to the beauty and importance of the imperiled songbird, and what it means to all of us on both a global and human level if we lose them. Watch the trailer here.

The event will take place on the South hillside of the Williams Conservatory on the UW campus. The conservatory is located south of the Aven Nelson Building on campus, at 9th and University. Join us at 7:30 pm for refreshments and open access to the conservatory; film starts at 8 pm.

As fall migration starts to heat up, the Laramie Bird Notes will resume to bring you all the wonderful avian happenings in the Laramie Valley.

Fall migration this year is starting off with a somewhat strange phenomenon: Pygmy Nuthatches, White-breasted Nuthatches, and at least four different Red Crossbill call types are all over town! Over the past week or so, both nuthatches have been seen at the Greenhill Cemetery, the Greenbelt, and near UW campus, which is pretty strange. It even seems that Red-breasted Nuthatches are much more abundant in town than usual. Type 2 (or Ponderosa Pine crossbills) have been the most abundant crossbill call type around town (especially on campus and at the cemetery), though types 5 (Lodgepole Pine), 4 (Douglas-fir), and 3 (Western Hemlock) have also been found recently. 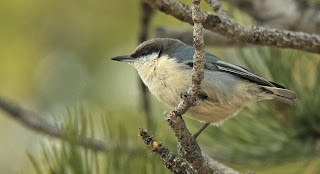 It seems likely that the influx of nuthatches and type 2 crossbills into town is due to the lack of a Ponderosa Pine cone crop in the surrounding mountain ranges, as these species depend heavily on the seeds from this tree in fall and winter. Similar reports from along the Front Range of Colorado, and the massive movement of type 2 crossbills into the Great Lakes and northeastern United States, suggest that these species are moving across much of the Rockies. Red Crossbill types 3 and 4 are also moving into the eastern United States, indicating that Douglas-fir and Western Hemlock cone crops are failing in the Pacific Northwest. For a nice primer on crossbill ecology and identifying crossbills to call type, check out this wonderful article from Cornell's Matt Young: http://ebird.org/content/ebird/news/recrtype/.

In more normal migrant news, migrant songbirds are really starting to move through town in decent numbers. In addition to the masses of Wilson's Warblers we get every fall, other migrants around town recently include Olive-sided Flycatcher, Western Wood-Pewee, Dusky Flycatcher, Gray Flycatcher, Western Kingbird, Bullock's Oriole, Black-headed Grosbeak, Gray Catbird, Northern Waterthrush, Yellow Warbler, Townsend's Warbler, Brewer's Sparrow, and Lark Sparrow. Greenhill Cemetery and the Greenbelt have been pretty good for migrants lately and are worth checking.

Waterbird migration is also underway, though the coverage of this group hasn't been great in our area lately. Nonetheless, Common Loons, Long-billed Dowitchers, and Baird's Sandpipers have been seen recently. Those looking to find rarities would do well to check places like Hutton Lake, Lake Hattie, Blake's Pond, and the ponds north of Laramie at the intersection of Highway 287 and Highway 34 near Bosler. In addition to a good diversity of migrating shorebirds, you may be rewarded with unusual species like Sabine's Gull, Little Gull, or maybe even a jaeger or two!

We hope you are all enjoying this beautiful August weather, and are looking forward to fall migrants that will soon be heading south through town.  We at the Laramie Audubon Society are excited both for the influx of migrants and for September Membership Month!

As you probably already know, we’ve changed our membership renewal to be once yearly, rather than every 365 days.  So by renewing this September, your membership will be good until we send you a reminder for renewal again in August 2018.  You can send your check to our mailing address using the attached form, or you can go online to www.laramieaudubon.blogspot.com and click on the “JUST GIVE” button to renew your membership with a credit or debit card.

LAS continues to be an effective voice for conservation and education around Laramie thanks to the support of our members. With your LAS membership you will continue to receive the Laramie Audubon Society newsletter and support the projects and vision of your local Audubon chapter.  We encourage you to receive your newsletter electronically, to save paper.

Remember, September will be Membership Month for Laramie Audubon Society.  If you haven’t already, renew your membership now and it will last until August 31, 2018.

We will hold a board meeting Wednesday, 23 August at 6 pm in the second floor conference room of the Berry Center. Our board meetings are open to the public; if you would like to see the inner workings of LAS, feel free to attend!
Posted by Libby Megna at 6:00 AM No comments: 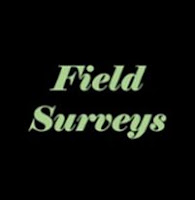 Last fall, Laramie Audubon funded a small grant request for a local podcast called Field Surveys.  The goal of the podcast is to take listeners behind the scenes of how ecology and conservation really get done.  We are excited to share that the first two episodes have been released!  New episodes will come out monthly for the next year or so.

You can listen to the podcast here: https://soundcloud.com/field-surveys-podcast

It is also available on Apple Podcasts, Google Play, and Stitcher, so you can download it straight to your phone.

Jesse Alston, the creator of Field Surveys, will be speaking at our monthly LAS meeting on Wednesday, October 25.  Be sure to drop by if you want to learn more about this new podcast.