This past Saturday, we checked out two of Laramie's best birding spots: Greenhill Cemetery and the Greenbelt at Optimist Park. Despite chilly temps and overcast skies, the birding turned out to be pretty good.

Greenhill Cemetery was quite active, with a large warbler flock consisting of mostly Yellow-rumped Warblers and Wilson's Warblers. However, we also lucked into a Nashville Warbler. A flock of mixed sparrows, including several Clay-colored Sparrows, foraged in the community gardens. A Yellow-shafted Northern Flicker was present among several individuals of the Red-shafted subspecies. We also managed to get the nuthatch slam: Red-breasted, White-breasted, and Pygmy. In total, we encountered 36 species; our complete list is here.

The Greenbelt was not as birdy, but we did add a few species to our day list. Most notably, we had a distant flyby Lewis's Woodpecker. In total we had 27 species; our complete checklist is here. 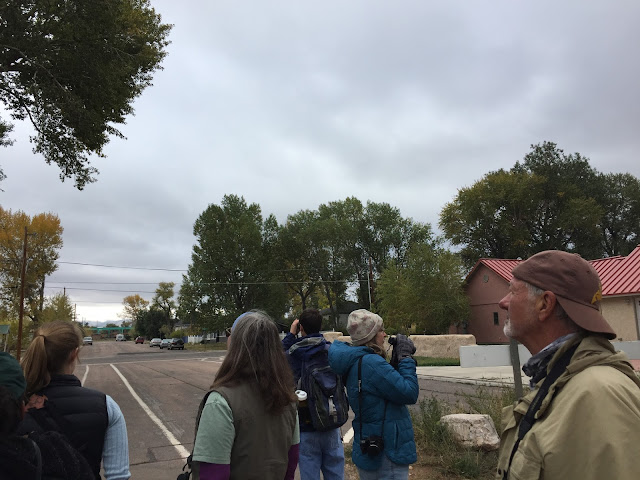