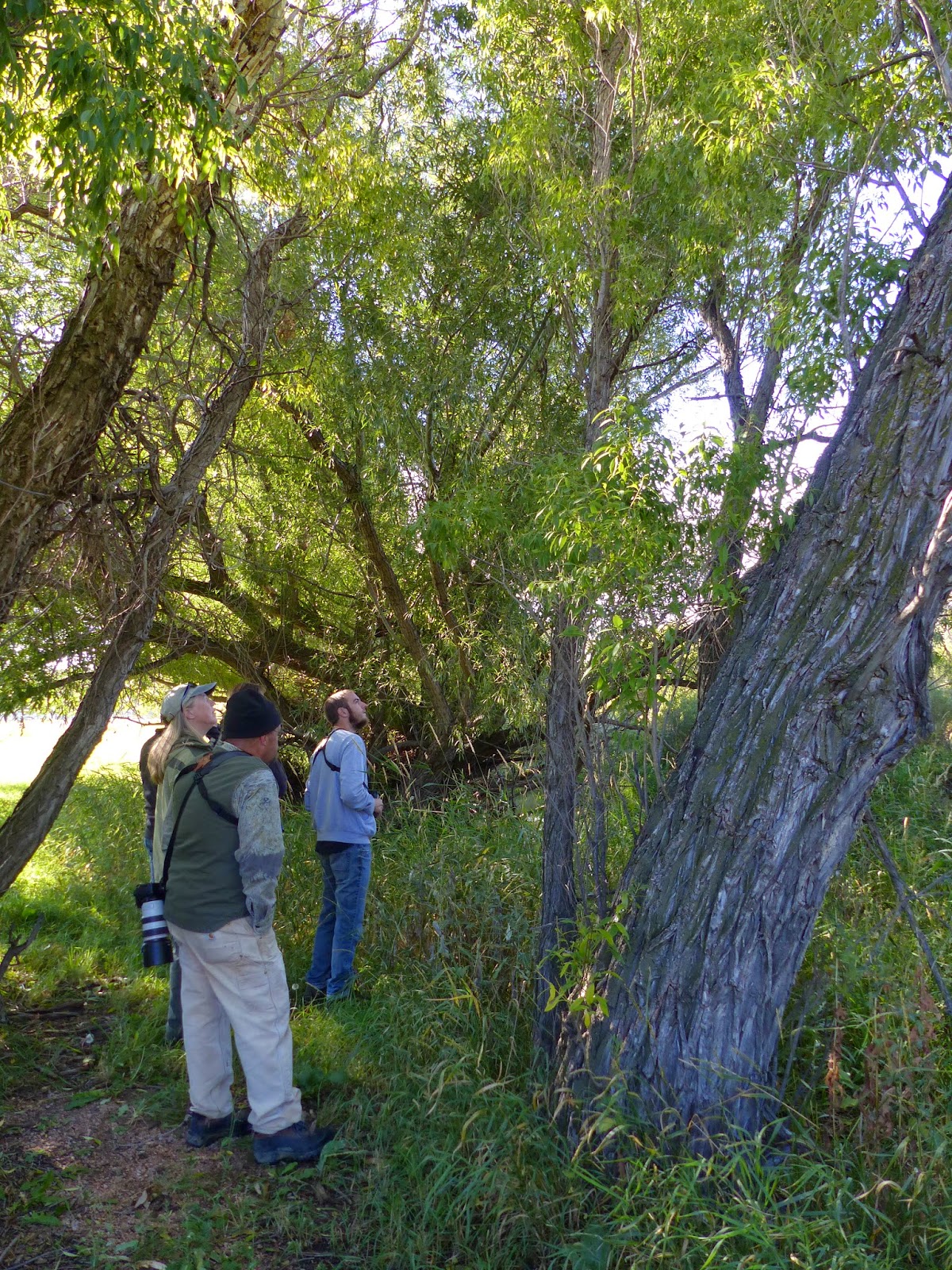 This past Saturday six intrepid Auduboners awoke extra early for a pilgrimage to one of the best migrant traps in southeastern Wyoming: the Hereford Ranch.

True to form, the cottonwoods and willows of the riparian areas at the Ranch were hopping with migrants. The vast majority were Wilson's Warblers, but we did turn up an American Redstart and a Cassin's Vireo in company with Plumbeous Vireos. The Eastern Screech-Owl continues to cooperate--he or she is still occupying the willow cavity near the corral next to the parking lot.

We saw 48 species total--plus several Empidonax flycatchers, likely comprising two species. Below is the link to the eBird checklist and the complete trip list. 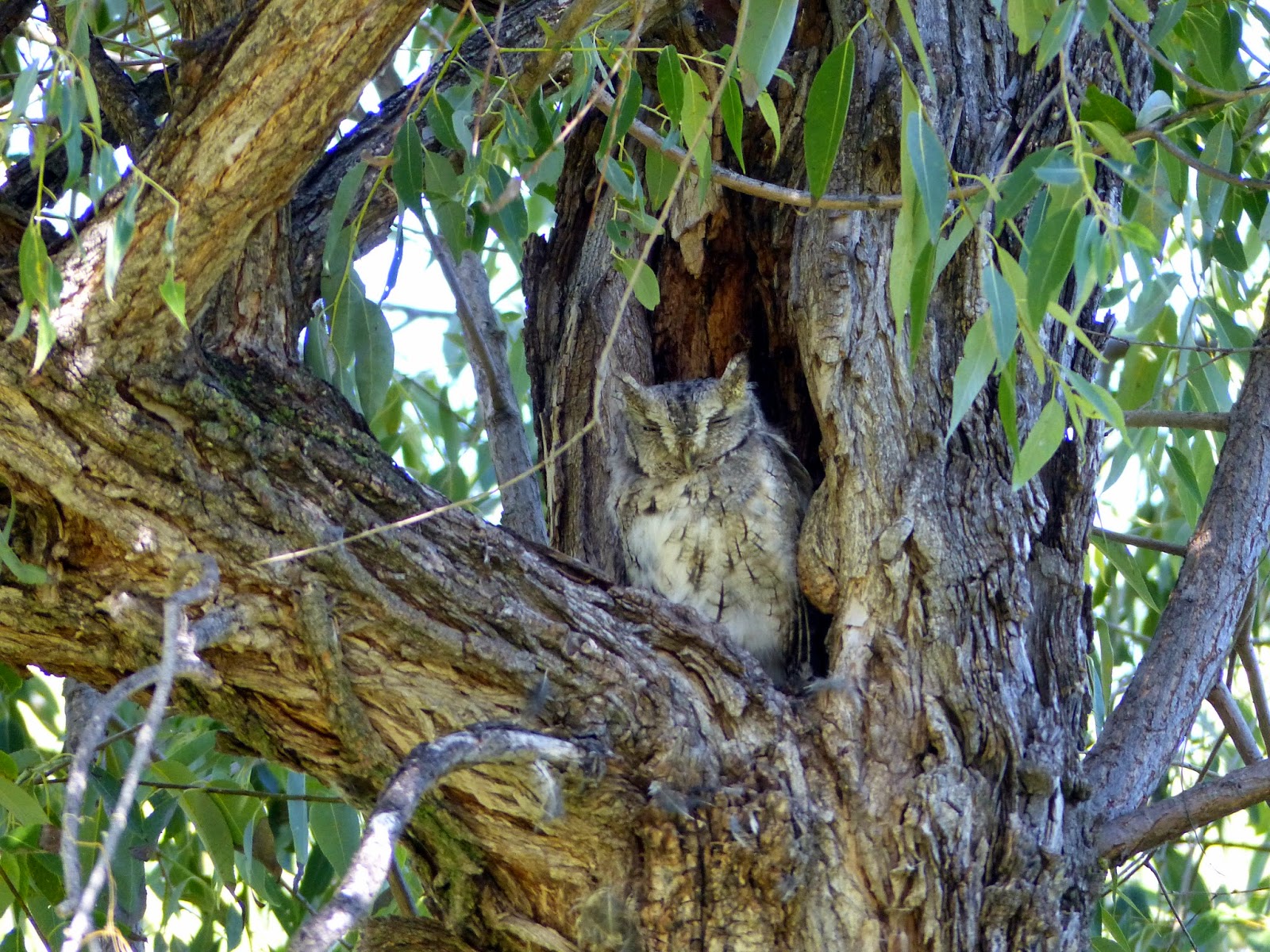